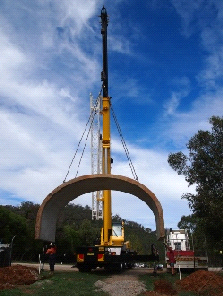 A reinforced concrete arch was lifted into position at the entrance to the Miniature railway on the 26th of April by North West Cranes. The arch simulates a railway tunnel and defines the public entrance. A railway style gate will be erected within the entrance. 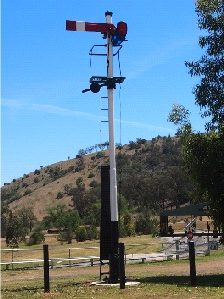 A New South Wales Government Railways lower quadrant semaphore home signal was fully restored and erected near the entrance arch on the 29th of May by North West Cranes. The signal will be connected to a Yard Lever Frame so that the semaphore can be raised and lowered. The semaphore will be lowered to the proceed position on days when trains are operating. Other NSWGR signals will be restored and erected in the future.