The steam locomotive that never made it onto the rails in NSW is now steaming and running at Tamworth Miniature Railway, nearly a century after engineers first dreamed up the possibilities of a high-power passenger loco.

‘Ken’ the 37 class steam loco has been a labour of love for Tamworth and District Model Engineers (TDME) Deputy President, Les Thomas, in fact the third person to have attempted to complete building it, and now the first one to see it haul passengers around Tamworth Miniature Railway.

It took more than three years to totally rebuild the 7.25 inch gauge loco, 35 years since its boiler was first pressure tested in 1986, and many years after its original owner started the build. 3701 hauled its first passengers in Tamworth on 18th April 2021. 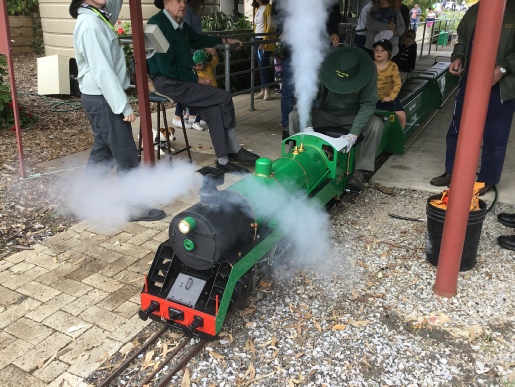